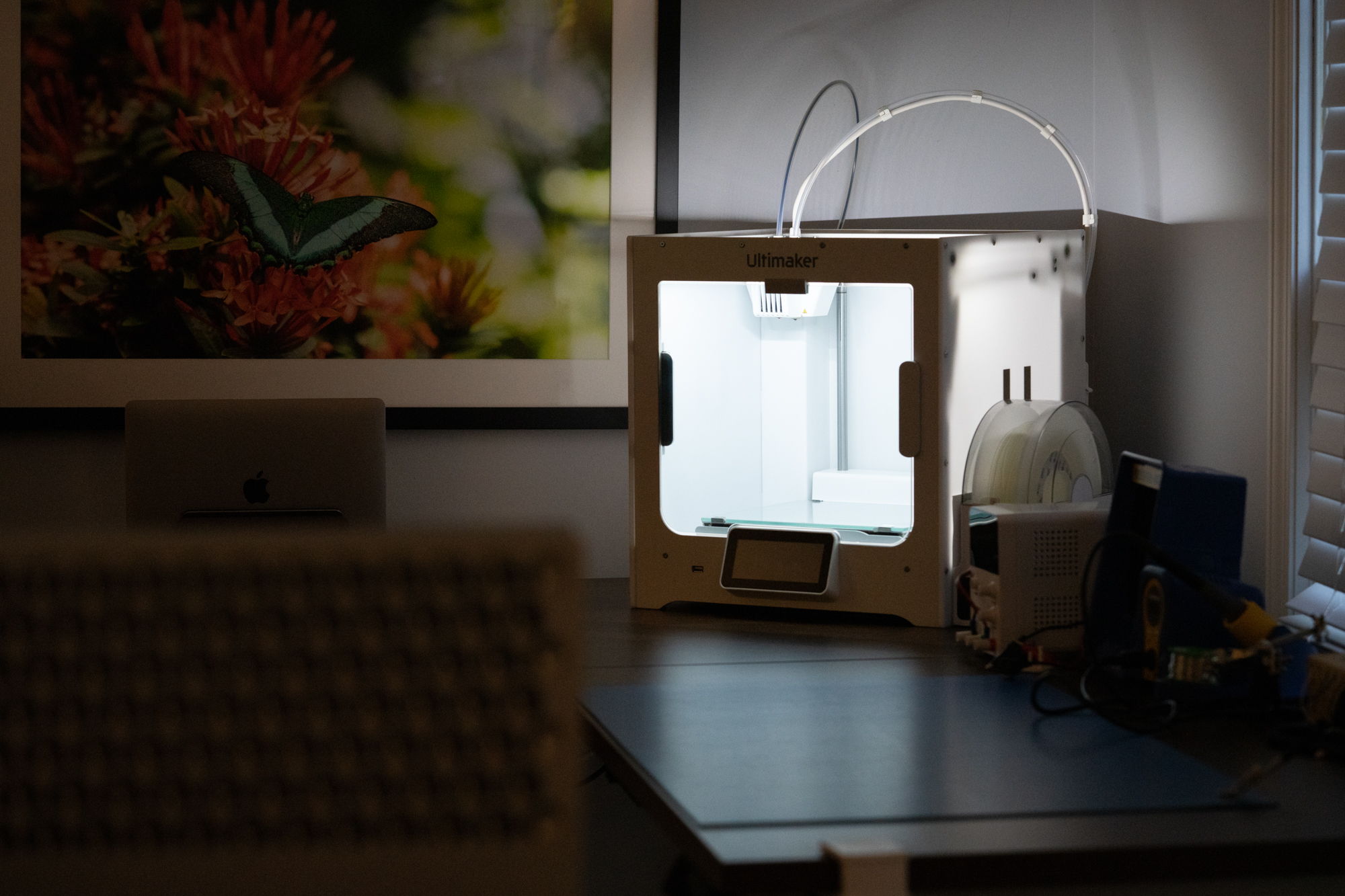 When I was 13, I discovered I could create anything on the computer by booting up Visual Studio and writing some Visual Basic. I was hooked. Obsessed.

I spent the next several years building “apps” (before anyone called them that) for fun. I took a Computer Information Systems class at a local community college when I was 16 and even won a few programming competitions. I turned this obsession into my career.

Recently, I realized I could take this obsession with creating things into the physical world. I discovered 3D printing.

I felt like one of those aliens from Prometheus who could create marvelous things from nothing.

For me, 3D printing was the perfect way to step outside the Matrix and building things in the real world. I learned about mechanical systems, CAD software, and manufacturing with it.

This learning process greatly impacted who I am as an engineer. Rearranging pixels was great, but designing and building something in the real world felt like a new frontier.

Here’s how I started the 3D printing journey.

At the time, my background was entirely in Computer Science, and I knew absolutely nothing about 3D printing. I’d never even seen a 3D printer in person. So, I started by reading everything I could find online.

The most valuable resource I found was Thomas Sanladerer’s channel on YouTube. He has a wealth of information available, including a playlist on the fundamentals of 3D printing, what printer to choose, and where to find files to print. I would highly recommend checking him out.

For my printer choice, I landed on the Ultimaker S3.

In 2020 I bought an Ultimaker S3, and I couldn’t be happier with it. Unlike some printers, it required minimal fine-tuning to produce quality prints. And it’s dead simple to use.

Best of all, it has two extruders so I can print with two filaments without swapping back and forth. I normally use this for PLA and PVA - PLA for the part itself and water-soluble PVA so I can produce designs that otherwise wouldn’t be possible.

There’s even an extension that lets you print stainless steel parts.

I would recommend this printer to anyone. If it were outside my budget at the time, I would have picked up a Prusa i3 MK3S+. I’ve heard excellent things about them.

Nowadays, I print primarily with PLA, which is considered one of the safer filaments. I also built a filtration system that reduces the volatile organic compounds (VOC) levels.

My second purchase was an additional glass build plate so I could print while removing the last part. The plate stores nicely beneath the printer and has saved a ton of downtime.

My filament of choice is Ultimaker PLA and Ultimaker Tough PLA.

This post is probably starting to look like a paid ad for Ultimaker (it’s not!). I stick with their printer, filament, and software because I’ve had nothing but great experiences with them.

Most people don’t realize how many printable models are available for free online.

When I started down this journey, I assumed I would need to design all of my prints from scratch. As it turns out, there are millions of free, printable assets online.

Thingiverse is my favorite place to find printable assets online. If you haven’t visited them yet, you should check them out. You can find everything from self-watering planters to Frankenstein light switch plates.

I generate my designs using the paid version of Fusion 360, but this isn’t what I’d recommend to newcomers.

I started designing with Shapr3D on the iPad and found it incredibly intuitive. The interface is well designed, and their YouTube tutorials walk you through every inch of the app. Their tutorials are excellent, and the app is pretty capable, even with the free version.

Shapr3D didn’t have a macOS version of their application at the time. Nowadays, they do, and it’s excellent. Shapr3D is one of the most straightforward CAD programs to learn, and I would recommend it to anyone. If you plan to use the iPad version, make sure you have an Apple Pencil.

With that said, I switched from Shapr3D to Fusion 360 after a year. I still bounce between the apps, but I found Fusion 360 has more resources available online. If you search YouTube for “Fusion 360 + [something I’m trying to build]”, you’ll likely find a tutorial. That’s incredibly valuable for someone just starting their CAD journey.

It’s also worth noting some of the other free CAD programs that people recommend. I haven’t tried these, but I’ve heard they are excellent. They are FreeCAD, Tinkercad, LibreCAD, and SketchUp.

I use Ultimaker Cura for slicing.

A 3D printer needs instructions on how to print the part you’re sending it. To generate these instructions, I use software called Ultimaker Cura. It’s dead simple to use, and I would recommend it to anyone - even if you own a non-Ultimaker printer.

I would do a few things differently if I could go back in time.

First, I would experiment with the free versions of all the different CAD programs before committing to one. I like Shapr3D, but at $239/year, it was a little pricey for a hobby. I ended up switching to Fusion 360, which has a free plan.

Next, I would have picked up a SpaceMouse earlier in the process. There’s a steep learning curve, but learning how to use one effectively drastically sped up the design process.

Lastly, I would have started sharing designs on Thingiverse earlier. I’ve benefited from the designs others have submitted, so its possible others could benefit from mine.

If you’re starting with 3D printing and have questions, feel free to email me!

After eight years, today was my last day working for Cleveland Clinic.